Gratitude: Even Now? No. Especially Now.

Last Thursday was a day I’d been looking forward to for quite a while. As an official “fan-girl” (ie: I’mwaaaaaay to excited by superhero movies, shows, etc.) I couldn’t wait for the premier of Batman: The Dark Knight Rises. Not only that – I had managed weeks before to buy tickets for the marathon which meant I’d get to see all three of the movies from the Dark Knight series back to back in the theater capping the event off with the midnight showing of the new film. (Who would have thought 10 hours in a movie seat would be exciting – if you told me we had a 10 hour flight tomorrow I’d be scrounging around begging someone – anyone for a Valium!)

But I was so very excited – along with the other nearly thousand people who packed into the sold out theater number 11. Everyone was nearly “vibrating” with enthusiasm. The room was filled with smiles and friendliness along with this common bond of being the geekiest of the geeks ready to attend this epic event.

Upon entry they placed this black band on our wrists to signify we had the right to be there. I laughed and called it my official pass to “geek-dom.” The night was amazing. I loved it. There were so many funny things that happened. I took pictures of some of the costumed folks. Recorded bits of “geek” conversation. Made notes of the hilarious antics going on. And I totally enjoyed the whole thing. 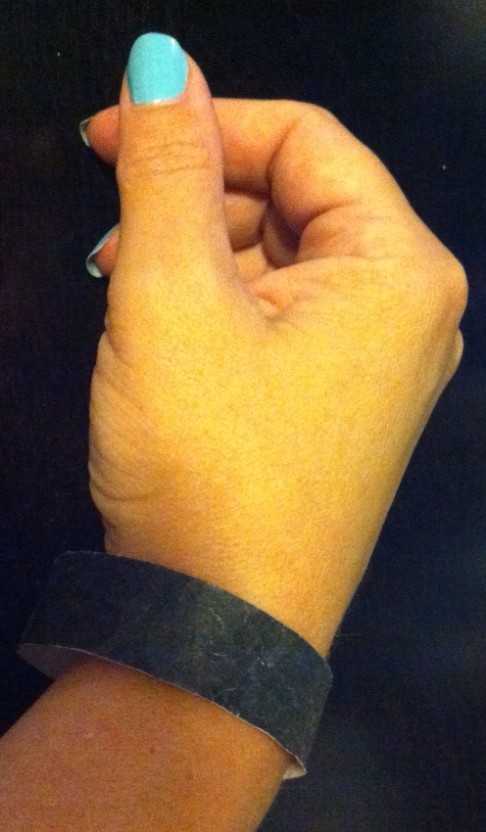 I fell into bed about 5am Friday, exhausted but happy. I awoke at 9 to attend a staff meeting and was reluctantly getting ready when Marcus came in and announced the shooting in Colorado. Like everyone else, it felt like time stopped. We turned on the news and sat transfixed in horror. Desperate to know details. Frantic to try and understand that which is impossible to fully understand.

After my meeting I spent the entire rest of the day glued to the television as events unfolded. Nothing was funny. Nothing else mattered. With my heart breaking for the victims, for the families, for the officers & first responders, for everyone who was in the theater, for the medical teams, for the community, for the perpetrators family. Tears mixed with prayers mixed with disbelief that this could occur. And underneath it all the longing to know:

WHY??
How could this happen?

As the commentary began to focus so much intense debate regarding violence in movies and gun control issues I began to get even a little sicker to my stomach. Do we need to analyze the circumstances every time a tragic event occurs? YES! Do we need to have conversations with factual information and address any and every thing that can be done to prevent a re-occurrence? YES! Do we need to use the grief of a Nation to further our own agenda or political cause? … I have to vote no.

While we all want to understand and it is wise and responsible to evaluate, learn and act on everything possible to prevent future horror – it just feels creepy to be concerned with furthering our own viewpoint before the victims’ bodies are even removed from the crime scene.

And then I realized why I was so aggravated. We, as a Nation, have the freedom to take sides and debate views and politics any time we want to. And that is a beautiful thing – a good thing.

Following a horrific act like the one early Friday morning, our country stops to grieve. To mourn. To support. The TV channels are filled with stories of tragedy along with stories of heroism and the goodness and kindness of people. And I’m sure many more have yet to be told.

With the many issues and difficulties and challenges that face the United States – I’m absolutely overwhelmed by the fact that we can have one person commit an unspeakable act, lose 12 innocent lives with dozens more injured and find it completely and totally unacceptable.

Much of the world lives with violence of this level as a part of their everyday lives. In some places, the loss of human life is caused by the very government that should be working to protect them.

While I am so very brokenhearted and ache for the hundreds of people directly involved, I am also incredibly grateful to live in a Nation where these types of events are so rare that we are able to be shocked and saddened and to grieve them together, as a country & community. To stop and hug one another. To focus on what is good. To celebrate the lives of those who were killed. To remember the heroism of the multitude that stepped up to help strangers during the time of crisis.

I still want to know why. I want to understand. I want to learn from it. I want it to never, ever happen again. And I also want to give thanks to live in a place where tragedy is NOT the norm. Where we can be shocked and saddened and outraged – because it is not acceptable. And it is not common place.

living an adventure dreams are made of!! traveling the world with mishaps built in! why?? well, u have to read more to find that out silly :)
View all posts by mE →
This entry was posted in Uncategorized and tagged Batman, Dark Knight Rises, Gratitude, Grief, Gun Control, Violence in Movies Shooting. Bookmark the permalink.

2 Responses to Gratitude: Even Now? No. Especially Now.